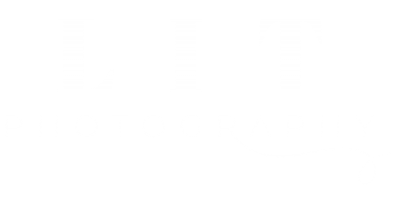 GO BACK
TO MENU

Ballintoy is one of those spots that is a gift that keeps on giving. There were several parts of Ballintoy filmed for Game of Thrones, with it becoming synonymous with the Iron Islands and the Greyjoys. It’s a complete hotspot for tourists and it’s easy to see why. But most only stick around the harbour, which is probably the most infamous shot.

However, if you go to the left of the car park and keep going, you come to some of the most iconic landscapes ever. With the wonderful rock formations, including elephant rock, and endless caves, it’s a photographer’s dream.

If you go to the right of the car park you will find a hidden cove, which has become famous in Season 8 as the landing point for the allied army on their quest to Kings Landing.

Larrybane is one of the lesser known Game of Thrones locations, which is nestled just below Carrick-a-rede Rope Bridge. With the most wonderful Limestone and gorgeous aqua blue in the sea, it really is a sight to behold. It’s particularly beautiful at sunrise and when the rope bridge is closed. Then you have full access to the bottom car park which is huge and slightly eery.

So I’m almost reluctant to put this one on here, because Murlough is probably the most untouched spot of all the Game of Thrones locations. That’s partly because it’s a bit more tricky to get to, but also because it has the scariest drive down to it ever. But oh my goodness it’s worth it. If you get right down to the bottom, there’s a gorgeous little hidden beach that is just out of this world. It’s the most perfect spot for an intimate elopement.

Portstewart Strand is known for being a beautiful beach and of course, Harry’s Shack, but did you know they also filmed GoT there? With the dunes and Mussenden Temple (which is an actual ancient temple on the edge of a cliff) off in the distance, it’s a gorgeous location, and perfect for sunset. It’s a bit harder to shoot here, purely because it’s so busy, but in the winter it’s gorgeous and much more quiet.

I put this one on here reluctantly, because this location is only good if you get the right time, which is either first thing in the morning or last thing at night. Even then, I shot there at 8am and there were already bus loads of tourists arriving. I would never do an entire adventure session or elopement here, because the options are limited, but I totally get why people want the iconic shot of the Kings Road – it is freakin’ epic!

All of these venues are located reasonably close to atleast one of these locations so make the perfect spot for a wedding reception if you’d love to have a bigger day.

Places To Stay in Northern Ireland

After you elope or as you explore, you’ll want to celebrate this adventure. And there’s nothing better than an Irish pub to do it in. These are some of the best spots for a good pint of Guinness to celebrate…or just to have the craic!

If you’re thinking about eloping, I’m sure this guide will have helped you see that there is no better place than Northern Ireland. Irish elopements are the absolute best in Europe. As a wedding photographer in Northern Ireland, I have so much experience in planning elopements and adventure sessions. And being based on the Causeway Coast, I am perfectly placed to help you plan your Irish elopement or session. Please get in touch or check out my guide to eloping in Northern Ireland. I would love to create images with you that you can show your friends back home. What better souvenir from a memorable adventure. Lx

omg these are all sooooo gorgeous!! Holy crap!! What amazing elopement locations!

Your email address will not be published. Required fields marked *